Last December, my wife, our two children and I took a trip to Arizona. One of the most memorable places we visited, besides the Grand Canyon and Tortilla Flat, was Papago Park. According to Wikipedia, the red sandstone geological formations of Papago Park were some six to fifteen million years old. The Hole-in-the-Rock, located within Papago Park, is considered a major Arizona landmark and a great family destination.

It was a beautiful afternoon. Unfazed even by the possible presence of rattlesnakes, we walked through the cacti-filled desert garden, climbed up the red stone hills, and saw the city through the hole in the rock. We took many pictures, some in front of the hole in the rock, before heading to Tortilla Flat, a town with a population of six.

Who has time to go through the pictures when one is surrounded by natural beauty? So the pictures we took then sat quietly inside our phones and cameras. Only a few days ago, while revisiting those pictures, I noticed something I had previously failed to notice even when we were standing in front of the hole in the rock: a formation so clearly visible in the background of our picture.

Is this a natural formation or an awesome artist’s thoughtful creation? If it is an art, is it fairly new, or does it date back to the time when Hohokam tribe (now extinct) lived in this area?

I must strive to achieve my goals without being disappointed or overjoyed by the outcome of my efforts.
My duty as a writer is to write, to make sure my stories do not die untold. My duty is to remain active, to create ‘beauty’, but not let the result dictate my deed. I’m not entitled to the fruit of my action.

If I let ‘publication’ be the sole purpose of my writing, if I expect ‘fame’ or ‘fortune’ from my stories, I will be disappointed soon and stop writing. But if I focus solely on my right to write, there will be no writer’s blocks. If I expect no fruit from my actions, there will be no disappointment from rejections. If I simply do my best without expectations, happiness will be mine.

So as my query letter for ‘The Fate of a Moth’ hits some inboxes, I’ll be busy revising my second novel and finishing the third one.

Spring is about to say goodbye, leaving behind green trees and golden wheat fields outside my window. The sky is clear blue and the clouds are white; the thunderstorm last night must have washed them clean. I find it hard to imagine there’s another storm, even a severe one, brewing somewhere, beyond these trees and wheat fields.

But now is the time for birdsongs, and their perfect taal with the music from my keystrokes—both telling stories of their own.

Peeling like an onion, time reveals layers after layers of stories waiting to be told. Swirls of steam from a fresh cup of coffee hover over pages freshly printed.

What a wonderful time to write!

I love short stories as much as I love novels. It had been some time since I’d read many great stories at once. Not because there aren’t plenty out there, but because I was busy reading good old novels.

I just finished reading Yuyin Li’s ‘A Thousand Years of Good Prayers’ and ‘Gold Boy, Emerald Girl’. In her stories, Li wonderfully captures the lives of everyday people in China (and sometimes in the United States). Her characters remind me so much of friends and families I left behind in Nepal.

I’m currently reading Junot Diaz’s ‘This is How You Lose Her’. I love how Diaz packages great, raw s**t in his beautifully written stories, Dominican style.

Countless clouds have flown over my head since I wrote the last blog. While I feel guilty for disappearing for three whole months, I believe I have valid excuses this time.

The first one has little to do with ‘writing’. Rather, it has everything to do with ‘not writing’. My wife and I had our son, Kovid, on the 28th of June. Our very own little June bug. How cool is that? These sleepless nights, dirty diapers, and baby talks. The joy of watching our eight-year-old girl play with her baby brother. I guess ‘writing’ will have to wait.

Also since my last post, I’ve completed the first draft of my second novel (I wish I at least had a working title). While it’s only a first draft—which will need a decent amount of rewriting and revision—it’s a milestone nonetheless. I still remember the thrill, the tingling I’d felt after writing ‘the end’. Now I need some time to rewrite/revise it. 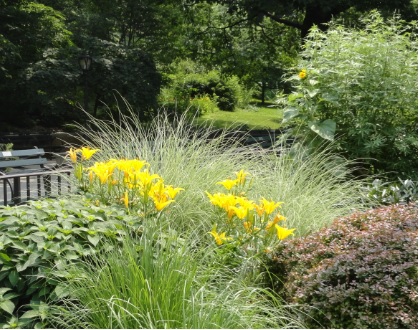 After a bitter winter, spring is finally here. Gloomy piles of foul, blackened snow on the roadsides have melted away. Sun is out and the cherry and pear trees are already budding.

Also budding in my mind are new story ideas and plot twists of novels already half-written. Soon, I’ll write these stories and complete the half-written drafts. Soon, I’ll rewrite them and revise them.

I can close my eyes and visualize: a writer intoxicated by the sight of steam swirling from a cup of coffee next to a stack of new manuscripts.

I love spring, the season of aspiration.

This past year has been a roller coaster ride in many ways. There came some significant distraction to my otherwise smooth writing schedule, mostly after selling our home and moving to a new place (not a new city). It was a small part of a bigger process and had to be completed.

During this time, I’ve done some writing (the first drafts of second and third novels are almost half done). I read some books from my wish list. Yet there is this guilt—of not writing enough—lingering over my head like a patch of black cloud, plaguing me day and night. Somewhere I’ve heard that many aspiring writers (and even seasoned writers) carry this feeling. I hope I’m not alone.

Losing (or giving up rather) that sense of belonging (to a specific place) has made me feel as if I’m only a traveler, standing beside a train station, holding my luggage, hoping there would come a train to take me to some new place. I’d never expected this sense of waiting, this period of angst, could change a person in so many ways.

This waiting has also come with hope for a new beginning. It has come with a chance to reflect on life, an opportunity to right what had gone wrong.

And as part of continuing the journey, of picking up the pieces, I’ve begun to revisit my first novel, The Fate of a Moth. It’s time to make some changes to the manuscript of The Moth, rewrite my query letter and synopsis. It’s time to send it out to the world, so it can one day find its love.

Finally, there is some baby news: we’re expecting a baby boy in early July. This alone, if nothing else, makes this year very special. This alone is a proof enough that the year hasn’t gone to waste.

While taking a break from working on my third novel, I came across a tool called ‘Lulu Titlescorer’ from Lulu. Lulu says, “for the first time in literary history, you can put your title to the scientific test and find out whether it has what it takes for a bestseller success.” I wanted to know whether I’d got killer titles for my novels. As silly as it sounded, it was still fun to take on Lulu’s challenge.

Here are the results:My first novel, The Fate of a Moth, which is complete and in the process of searching for representation, showed 26.3% chance of being a bestselling title. Not too bad for the first one.

I could not test my second novel (though its first draft is approximately 1/5th completed), because I don’t even have a working title for it yet.

My third novel with a working title of Sleeping with the Monk (the one I’m writing as part of NaNoWriMo), fared much better with a 55.4% chance  of being a bestselling title. 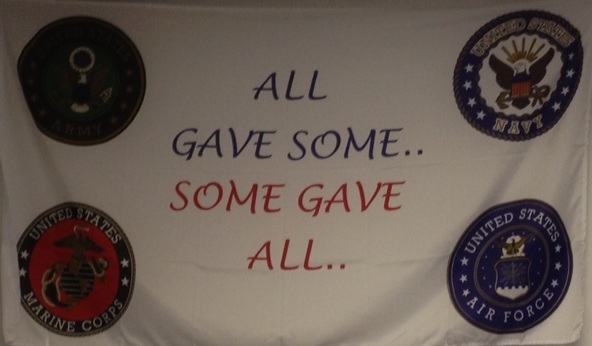 Our freedom has hardly come for free. Many have paid dearly for its cause.

As we celebrate this year’s Veteran’s Day, let’s remember those who died fighting for our freedom, let’s thank those who returned home from wars, and let’s pray for those who are still out there in trenches, tirelessly and selflessly fighting for and defending our freedom.

A nation ceases to be free the moment it forgets its heroes. So let’s take this wonderful opportunity to remember our veterans and their sacrifices.

At times we all may have given some. But let’s not forget that there are some who have given their all…for the sake of our freedom.
Happy Veteran’s Day!

November is National Novel Writing Month (also known as NaNoWriMo for short). Thousands of writers around the world participate in this event and try to complete 50,000 word manuscripts of their novels by the end of November. That’s approximately 1,667 words a day.

When a fellow writer asked me if I was doing NaNoWriMo this year, I simply said ‘no’, because it sounded like such an enormous commitment. I had a compelling story waiting to be written, but I just wasn’t ready to write it during NaNo. Over the last few weeks procrastination had become my default mode. I had shamelessly wasted few weeks, allowing my ‘writer’s guilt’ eat me alive from inside .

Mahatma Gandhi had famously said, “Happiness is when what you think, what you say, and what you do are in harmony.” I searched for the source of my brief unhappiness (over these past few weeks) and realized that I was lacking harmony among my thoughts, words and actions.

To bring harmony among my thoughts, words and actions, I’ve decided to NaNoWriMo this year. There will be days when I’ll have little time or energy to write, but my goal will be to write as much as I can. A word on paper (or on computer screen) is always more valuable than a word still in my head or a word plagued by my own procrastination.